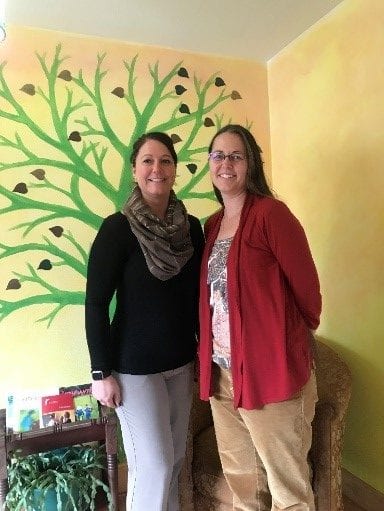 Shannon Hall, Director of Scholarships and Grants, loves to have the opportunity to get out into the community and visit programs that have benefited from the grant opportunities we offer. Please read her story below.

In the spring round of 2016, River Song Waldorf School requested a capital improvement grant in the amount of $50,000 to use toward their $694,430 project to renovate a 2,500-square foot residence into an early learning center. River Song Waldorf School had a current location just three houses down from the site the planned to renovate. They needed a bigger space to increase capacity and accommodate the 50+ child on their waitlist.

In April 2016, we awarded $38,500 toward River Song Waldorf School’s renovation project. In September 2017, the program officially opened their doors. The completed project improved the ability to supervise children by eliminating blind spots on the playground and in the classrooms. The classrooms now have an open floor plan which has allowed the children to flow more freely through activities and play, aligning with the programs free-play philosophy. River Song was also able to add a third classroom increasing their capacity by 39 children.

In November 2017, I had the pleasure of visiting the program. During this visit, the Director, Becky Praamsma told me how the project started. As mentioned previously, the old program was located three houses down from the new program on close to one acre of land. The owner of the house that was renovated was a big part of the River Song Waldorf community. She was a single woman that was visited by the children of the program on a regular basis and who participated in the program’s community activities. When the woman passed away, the program started the process to acquire the home to renovate. When they realized they did not have the funds to purchase the property, the daughter of owner proposed donating the house to River Song and selling the surrounding land to the city. The project was saved and River Song had the facility its children need. This is a truly hear-warming story and shows the impact early childhood programs can have on their communities. 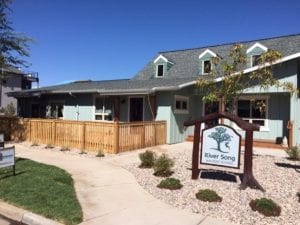 Our capital improvement grant is a competitive grant opportunity for nonprofit early childhood programs to increase the quality indoor and outdoor spaces. In fall of 2017, we received 13 applications from across the state. We awarded six grants impacting 501 children.